The Anatomy of a Bowl Game

Onward to the game.  The championship game is rotated between the 4 BCS games and is a fifth game played.  Tostitos has the sponsorship for this one.  Some people might ask what it means to sponsor a bowl?  Well let me start with what the sponsor pays for:  The sponsor pays to rent the stadium, they pay for promotions to go on around the game, i.e. team activities, they pay for the payout mostly( the NCAA is involved somewhat with this).  They get their name attached to a game that everyone is going to be watching.  They get ad space around the stadium wherever the logo is posted and all of this has to make sense for them.  The company (Frito Lays) has to assume that they are going to boost their revenue with the advertising by more than $17-20MM with all of the publicity.  They can use some of it as a tax write off but don’t let them fool you, it’s not about providing a great atmosphere for deserving student athletes, nope, it’s all about the Benjimans.  Wow, that was cliché. 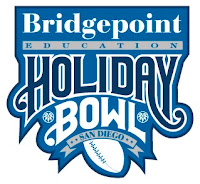 Schools benefit also from these deals… sometimes.  Take for example the New Mexico bowl.  UTEP vs. BYU.  Each school receives about $250K that is disseminated back into their respective conferences.  The team keeps a larger portion but then it is split up among the teams in the athletic department.  Take BYU who makes $250K, they give up about $100-150K to the conference.  Lets just say $100.  So they take home $150, they have to pay for a chartered flight from Salt Lake City to transport everyone and everything ($15K), they pay for hotels and accommodations for all ($15K).  They buy all the tickets allotted to them and have to sell them, if they don’t sell them they eat the cost.  If you think about it the BYU program maybe saw $10K from playing in a bowl game this year and that’s even a stretch.

UCONN ate about $1MM by playing in the Fiesta Bowl on the tickets.  They couldn’t sell them.  When it’s all said and done the lesser bowls and now even the bigger bowls end up being about endorsements and who sponsors them.  The companies doing the sponsorships are getting great face time during bowl season and their name attached to that game.  It’s target market specific and ESPN will broadcast your game to the world!  It’s a pretty good deal for the teams.  That’s why you see some of the most random sponsorships like: The BBVA Compass Bowl, The Bridgepoint Education Holiday Bowl, Franklin American Mortgage Music City Bowl, Advo Care 1000 Independence Bowl… and the list goes on and on.  The lesser sponsors ride the coat tails, give free products to the players, and get some relatively cheap advertising.  What a crazy world we live in.  My hat is off to the bowl people, they know how to make money, make other people money.  That is the anatomy of a bowl.
Posted by Bear Luke at 10:42 AM