Under Armour invades the Olympics...

Brands galore, free advertising (well, not that free), and make or break for some companies. What I mean by this is that there are some new faces of companies taking on the Olympics in areas that aren't typically their realm. The brand that I have to applaud is Under Armour. The brand started off in Baltimore in the late 90's as an exclusively "Under the football padding" clothing company. It since has evolved into something much much more. The company has embraced the idea that quality and massive amounts of marketing can get you to where you want to be.

Under Armour has taken on previously untouched areas by other performance apparel such as hunting and outdoor blue collar work such as military and construction. 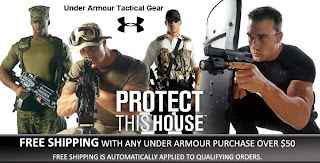 Hunting has been dubbed by many the "Republican pastime". Many companies (Nike, Adidas) that had the opportunity to venture into that area chose to stay away from it because of the stigma that might come with promoting something "so awful" as hunting. 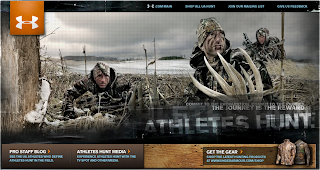 UA has taken the idea of being an athlete to the field but not sports field but the hunting field. Their tag line for their hunting line is "Athletes Hunt". I find this incredibly intriguing and want to pat someone on the back for coming up with something so simple. Think about it, you take upper middle class, you tell them that they are an athlete if they hunt, that it takes athletic ability, conditioning, draw them into the preparation for the hunt a la running, lifting, training, they'll buy your products (because, remember, you are the brand that says that they are athletes) then when the season comes around, be it archery or rifle, they buy your outdoor apparel which is incredibly pricey (although very high quality) because they want to be athletes (and probably because the apparel works well). I love it! I love hunting myself and and drawn to the gritty photos, the majestic views, the images of a guy working hard to bring down his game... talk about branding... these guys have it down! 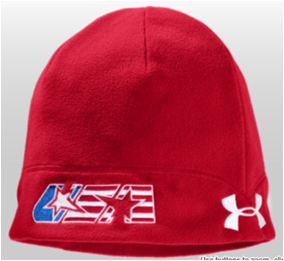 You might ask... what about the Olympics... well, here you go. As I was watching moguls skiing, I noticed the UA logo on the pants and jacket of the U.S. skiers. It got me thinking, here we go... what are they going to do for the sport? Think about it, skiing began as a wealthy passtime exclusively for those who could afford travel. It usually consisted of upper class white families that had vacation time and traveled to Vail, the Alps, Utah in order to grab a few days of powder. It was seen as a relaxing sport with the wind whipping by your ears... it was you and the mountain, nothing else mattered. 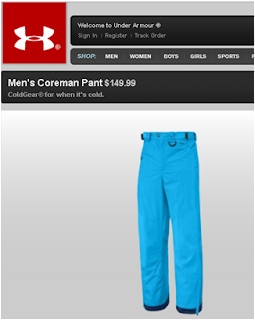 Along came the new breed of youth coming from Park City, Vermont, Steamboat who took the sport to a new level. Reverse triple helicopters... inverted!... Quadruple backflips with a tail grab! It was pushed to new levels... even the typical ski bums bought into it and boom... a new age was born! Baggy pants, helmets (because new limits were pushed everyday), iPods and rippin it! But what was missing? Well, the athletes... 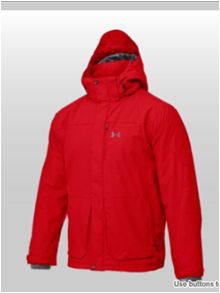 That's not to say every single one of those new generation of skiers were not athletes but your basketball players with 42" verticle leaps, your football players running 4.4 40's were not involved. In comes Under Armour... picture it, the new ski line for UA "Athletes Ski"... now, you have that stud athlete choosing from a young age..."do I play quarterback, shortstop, point guard or shoot for Olympic gold, and get some rediculous sponsor money... and I get to be away from all the hustle bustle... hmmm.... what shall I do? I mean UA says that athletes ski, I'm an athlete, I think I'll ski". UA can usher in a whole new era of skiers. The class with the money to buy the training and ski apparel now becomes your target market... genius. Sheer genius.

(I must add here, Jeremy Bloom was a pioneer of the athlete to ski crossover, an incredibly gifted athlete he truly did embody what it meant to be an athlete that skied. He subsequently was sponsored by UA not for skiing but for football but one must think that he had something to do with the push for the move into skiing. He was an Olympic mogul skier... )

I was tempted to say how skiing did not fit into their portfolio but the more analysis that I did on it and saw their angle... I am convinced that it was a stroke of genius. The technology is there from their hunting line, all they have to do is make to skiers standards and you have it. Needless to day, UA is an innovative company that says true to its branding as an "athletes company". They are pulling in athletes everywhere and it's all about the brand.
Posted by Bear Luke at 11:27 AM