Christmas brought on a whole new series of blog posts and this one I will credit to my nephew and my brother in law.  My nephew got a PS3 for Christmas and my bro in law bought himself Call of Duty Black Ops... good for him, never lose your gaming side. 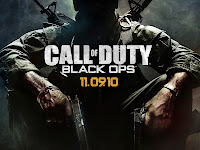 What makes this game unique is the game play, the realism and the pure grittiness of it.  It's a man's game and is designed for 18-40 year olds (I know it's a broad range but hear me out).  It features realistic operations and has had a success with the Call of Duty franchise, starting with the original Call of Duty.  What is interesting is how the gaming world has targeted the older market.  This is because serious gaming has been around for some 20+ years and first person shooters have been around for at least 15 years with the first and possibly still the best being Golden Eye 007 for the Super Nintendo.  This age group that started at a young age playing these FPS have now grown up and many are in their late 20's to early 30's.  They have jobs and have continued to mature with the gaming consuls. 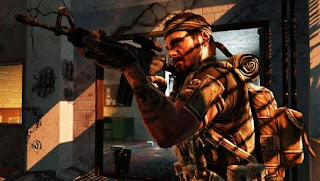 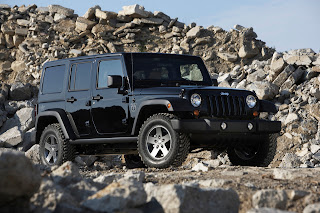 With COD Black Ops another company decided that they wanted the exact same demographic and figured the same people would use their product also.  Jeep jumped on board for this one and on the surface it looks like a great pairing.  Jeep was originally founded for WWII as an all-terrain vehicle to go anywhere so it's fitting that they get back into the military albeit by way of an imaginary gaming world.  If you take look at the Jeep site here you can see that it is pretty spot on with the imagary of the game and the sounds of the background are pretty fun also.  The claim that Jeep makes is that it's the only vehicle tough enough to play in the COD Black Ops world.

What's even more fun is that Jeep has released a COD Black Ops Edition.  This is the four door Jeep Wrangler Unlimited (also a two door version) with an upgraded package almost exactly like the Rubicon package.  It has a couple of things that they claim are different about this package and it runs for about $1,500 - $2,000 more.  It has some alloy wheels, big nobby tires, light covers, fuel door cover, and painted black with the Black Ops logo.  The thought is that people who like the game so much will like anything associated with it and will pay the extra money for the look and idea that they are associated with it.  It is a classic case of co-branding and bumping up the price.  Is it worth it?  Well, that's up to you.  If you feel like it's worth $2k to drive a vehicle that is in a video game that you love and you really like the look, then yes.  If you just want the normal version (Rubicon) and want to save the money and put it to use somewhere else... then no.

In the end it's a brilliant branding idea.  I like that both of them agree that they are going after the same demographic and that the "tough, outdoor, adventure seeking, military loving, gaming guy" will buy the Jeep that Chrysler paid to feature in the game.  It's funny how the money thing works.  Car companies will do whatever it takes to sell cars.  The gaming industry really doesn't need the cars but it works out both ways because of the marketing exposure they both get.  The COD franchise gets a level of credibility by associating itself with a brand like Jeep and for Jeep's part it gets a chance to be associated with something that moves a lot of product and can be associated with the COD brand.  It works out both ways.  Jeep tried to do something like this before when in 2004 they launched their Jeep Wrangler Ulimited which back then was an extended bed for more leg room and cargo room.  The movie Sahara (2005) with Matthew McCaunahey featured the Jeep in a part of the movie.  The movie really never did take off and the thought of creating a franchise of movies from Clive Cussler's hero Dirk Pitt died as well when Cussler tried to file a law suit against the movie company which ultimately made everyone gun shy to do work with Cussler.  (Tomb Raider in 2003 featuring Angelina Jolie also had the Tomb Raider Jeep, and Terminator 3 also featured a Jeep but both came with significantly less fanfare)

Jeep left it alone and pulled the commercials and didn't really do much else with it.  It was positioned to be a blockbuster but in the end didn't deliver what many thought it should have (on a side note, I love the movie and watch it at least once a month!).  Cussler had written many times about Jeep in his novels and the marriage seemed like a great one.  The only variable was the movie company which threw everything off.  As a second round of co-branding Jeep did a great job of finding a name/franchise/brand that would be great to work with and more than willing to accept a little cash and allow Jeep to use the name.  Well done Jeep and Activision (the company that makes COD).  This one looks like a winner.

Update 12/31/10:  I saw an ad for the Jeep Wrangler Black Ops edition in the January issue of Outside Magazine... it's the target market.
Posted by Bear Luke at 4:45 PM